In order to understand heart blocks it is important to have an understanding of the conduction system of the heart: 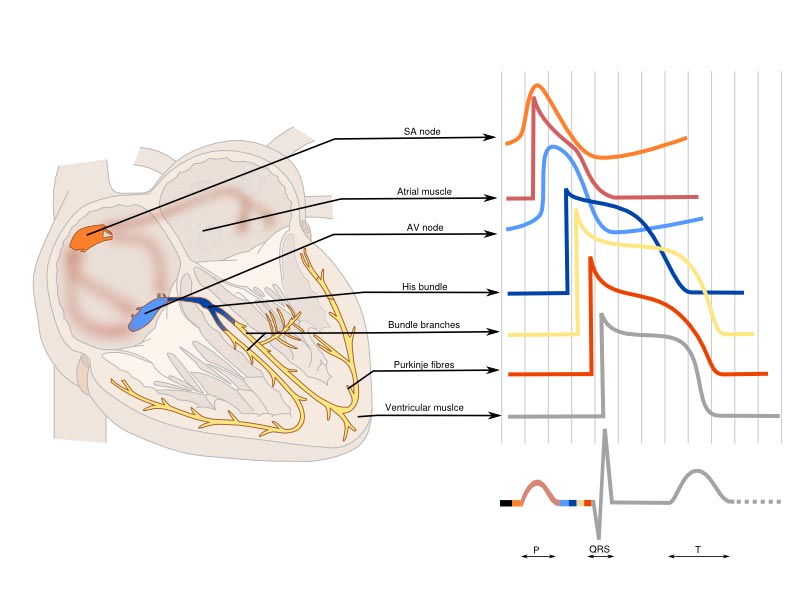 Passage of current through the heart

Below we discuss what happens when the conduction system is interrupted. The figure below gives an overview but we will look at each block in more detail.

1st degree block indicates slowed transmission of electrical activity through the AV node – therefore giving a prolonged PR interval. It can be a normal variant.

There are two varieties of 2nd degree heart block to be aware of:

In Wenckebach block The PR interval prolongs from beat to beat and then one beat is not transmitted. This is a normal variant and requires no further investigation or treatment. In Mobitz type 2 the PR interval is constant. However, there is an occasional non transmitted beat which may also be seen as 2:1 or 3:1 block – here there are alternate conducted and non-conducted beats.

The above ECG shows 2:1 block with 2 P-waves for every one QRS

In 3rd degree heart blocks the connections between the atria and the ventricles are completely lost. The atrial rate continues as normal (as seen by regular p-waves). However, the actual heart rate is slow reflecting a ventricular escape rhythm which is generated from a focus within the ventricular muscle its self. Each p-wave is not associated with a QRS complex and the QRS complex is wide reflecting its ventricular origins.

Refer back to the figure below as you read about the different blocks: 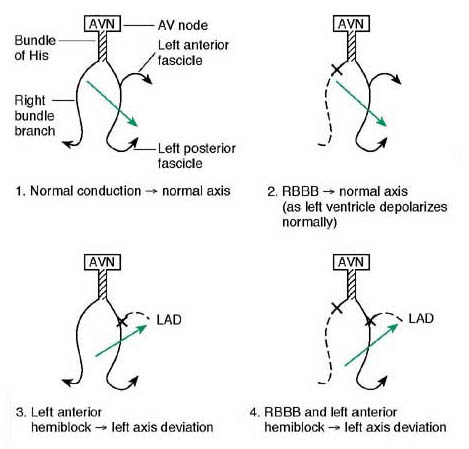 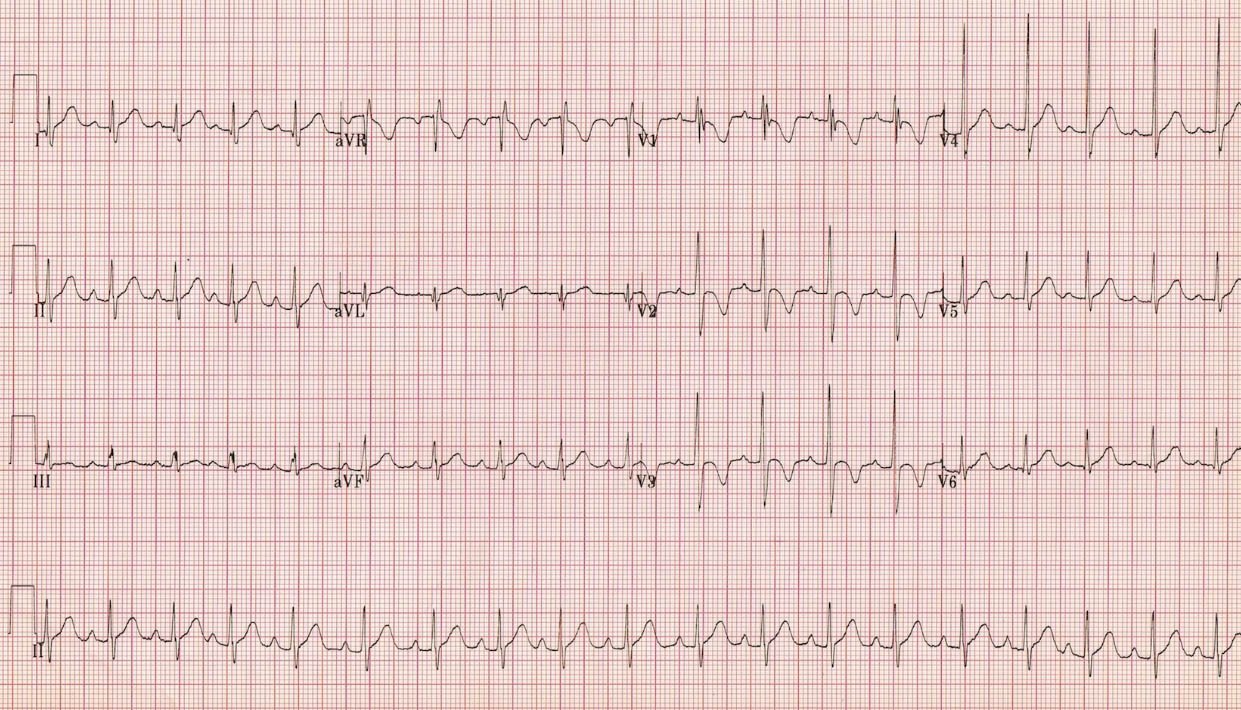 This is always pathological and relates to left heart disease. If acute it may indicate acute myocardial infarction and is one of the indications for thrombolysis or transfer for PCI. This is one of the situations that illustrates the importance of having access to old ECGs.